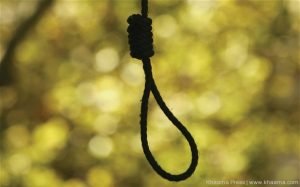 According to reports two kidnappers involved in murder of 11-year-old boy were executed in western Herat province of Afghanistan early Sturday morning.

The execution of the two kidnappes was approved by president Hamid Karzai last week.

Provincial governor spokesman for Herat province Mohiuddin Noori said the execution of the two kidnappers was scheduled for Saturday morning.

Ali Sina, the 11-year-old Afghan boy was kidnapped by two kidnappers recognized as Jalil Ahmad and Abdul Sami few months back and was killed after receiving ransom from his family.

The two kidnappers were reportedly executed inside the Herat jail in the presence of the family of Ali Sina.

Ali Sina belonged to a wealthy Afghan family and one of the prominent merchants of western Herat province. He was killed after his kidnappers received ransom from his family.