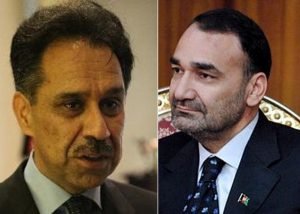 Speaking during a press conference in Mazar-e-Sharif city, Massoud said the deadlock over the Balkh government leadership can only be resolved with the implementation of the political pact regarding the national unity government.

Massoud also added that the government has no intention to organize the upcoming elections on time and warned that the ongoing political deadlock will negatively impact the unity of the people.

Tensions remain high between Jamiat-e-Islami and the government after President Mohammad Ashraf Ghani approved the resignation of Ata Mohammad Noor as the Balkh governor almost a month ago.