Man arrested for claiming murder and burning of woman in Kabul 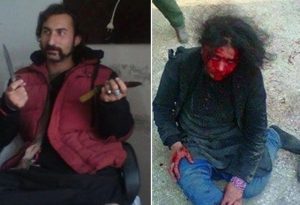 A man was arrested for being involved in murder of a 27-year-old woman in Kabul accused of burning the Holy Quran.

Baghlany had claimed through a Facebook post that he was involved in murdering a woman together with the mob and eventually setting her body on fire.

The security officials further added that at least seven people including Baghlany have been arrested in connection to the incident so far.

The woman identifid as Farkhunda was killed on Thursday afternoon an angry mob close to Shah Do Shamera shrine and mosque and her body was set on fire.

In regards to the remarks by Hashmatullah Stanikzai, spokesman for the Kabul Police Department, Sediqi said Stanikzai is an employee of public relations office in the Ministry of Interior and it is important that the incident should be investigated thoroughly.

Stanikzai had said Farkhunda was looking to secure asylum by burning Holy Quran, accusing her of apostasy.

In the meantime, Sediqi said the incident is thoroughly being investigated from all angles including the role of the police forces.

Sediqi also added that the video circulated online on social media websites will help the Afghan police to detain those involved in the incident.