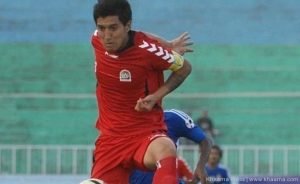 Both Afghanistan and Maldives failed to hit goal during the 90-minute game which led to two 15-minute halves of extra time.

Afghanistan scored the opener during the second half of extra time and the goal was hit by Hamidullah Karimi.

However, Maldives’ Ali Sentey tied the game 1-1 few minutes later which led to penalty shootouts. The penalty score was 8-7.

The winner of AFC Challenge Cup will qualify for the Asian Cup which is due to be organized in 2015 in Australian.