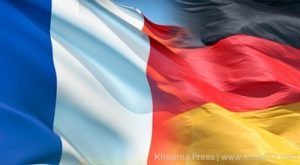 France and Germany for the first time honored two competent and leading Afghan women on the eve of international women’s day.

The two women received ‘competent woman of the year’ award which was given jointly by France and Germany, after they received votes from jury for their activities.

Sharifa Danish Zaringar is an Afghan poet and sculptor who has devoted over 30 years of her life in arts and literature. She was elected as one of the competent woman to receive the award from France and Germany.

Her poetry was welcomed by famous poet Khalilullah Khalil and she is currently busy working with the Afghan girls in arts sector in Afghanistan.

She is looking to open an arts school where she can teach arts to others in the country.

Amina Hasani is the other leading Afghan woman who was elected to receive the award by France and Germany. She is a photographer and journalist and she attracted the attention of the civil society due to her activities.

She is also part of the associations such as the Afghanistan photographers network and association of the female Afghan journalists.

Hasani is also a volunteer in one of the international associations which operates in Bamiyan province to protect the Afghan children.

She is keen to continue her higher education besides having an active role in photography.

The French embassy in Kabul said France and Germany were keen to honor the two women as the two competent women are presenting new and exceptional pictures of the women and improve the situation of the Afghan women due to their activities.