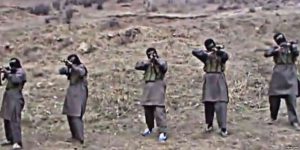 The country’s Interior Minister Ramazon Rahimzoda told a press conference on Monday that Mullah Amriddin was killed during a special operation.

“The fate of Mullah Amriddin is already decided. He was killed in Afghanistan, approximately six months ago. He was killed during a special operation,” according to Interfax, Rahimzoda said during the Monday press conference.

Amriddin Tabarov, also known as Mullah Amriddin, was a field commander from the United Tajik Opposition front during the 1992-97 civil war in Tajikistan.

In the late 1990s, Tabarov opposed to an agreement on peace and national accord between the Tajik government and the opposition.

Together with militants from the Islamic Movement of Uzbekistan (IMU), he moved to Afghanistan and then to Pakistan.

Later, news surfaced that a group loyal to Mullah Amriddin broke away from the IMU and formed a separate group, Jamaat Ansarullah.

Jamaat Ansarullah became known in Tajikistan in September 2010 when a mined GAZ-24 car rammed the building of the Sughd Region police department on organized crime in Khujand, the second biggest city in Tajikistan. The suicide bomber killed two police officers and wounded at least 20.

In May 2012, the Supreme Court of Tajikistan banned Jamaat Ansarullah as a terrorist organization financed by Al-Qaeda.