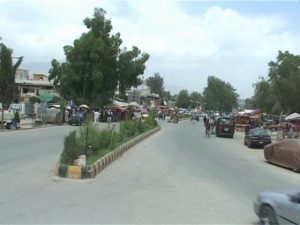 Two people have lost lives in a bomb explosion in eastern Laghman province.

Sarhadi Zwak, spokesman for the governor of Laghman province said that two people lost lives and another wounded in the blast.

Those preyed to the explosion are a policeman and a civilian.

No group had claimed responsibility for the explosion by the time this report was filed but most of the attack on security forces have been carried out by Taliban militants in the past.

Alishang district is one of the restive districts in Laghman province where armed anti-government elements are operating in most of its remote areas.