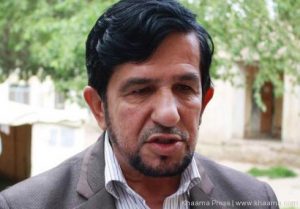 Mr. Talwar further added that Kunduz IEC cheif died of his wounds after he was taken to hospital.

No group including the Taliban militants has so far claimed responsibility behind the incident. The assailant gunmen managed to flee the area, and Afghan security forces have launched in investigation in this regard.

The assassination of Kunduz IEC chief takes place amid growing concerns regarding deteriorating security situation in the country, as Afghanistan is getting closer to presidential elections.

The officials briefed Afghan lawmakers and said that security remains a major challenge for the upcoming presidential elections.

Head of the parliamentarian commission for defense affairs Daud Asas also expressed concerns regarding growing instability across the country, and said that a free and fair election will not be possibel if security situation does not improves.