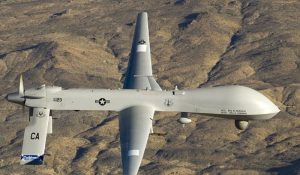 A key member of the Haqqani terrorist network was killed in a drone strike in southeastern Paktika province of Afghanistan.

According to the provincial government media office, the airstrike was carried out late on Tuesday night in Sarwaza district.

The key Haqqani network member killed in the raid has been identified as Sirajuddin Khademi who was reportedly providing logistics support to the fighters of the terror network.

The airstrike also destroyed some weapons belonging to the terror network but local civilians casualties were reported in the raid.

The Pakistani Taliban, a rebel group that has been...