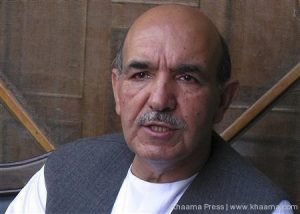 Abdul Qayum Karzai is the sixth presidential candidate who nominated for 2014 presidential elections in the last day of the nomination process.

A successful election is seen as vital to Afghanistan’s stability, and American and European diplomats have warned that billions of dollars in aid will not materialize unless the vote is credible.

Registration process for upcoming presidential elections started on 16 September and the nomination process will be finished by this afternoon.