Karzai reacts at alleged civilian casualties in US airstrike in Kunduz 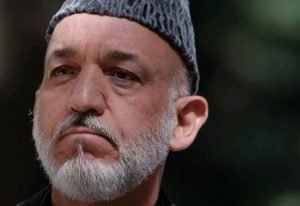 The former Afghan President Hamid Karzai reacted at the alleged civilian casualties in US airstrike in northern Kunduz province of Afghanistan, calling for the initiation immediate probes.

The statement further added that the former president has called the airstrike a move against the humanity and expressed his strong opposition to raids on Afghan homes and villages that lead to civilian casualties.

He called for an immediate initiation of probes into the tragic incident and demanded the trial of the perpetrators.

This comes as conflicting report emerged regarding the civilian casualties in US airstrike from Kunduz province late on Saturday.

Certain local officials are saying that the militants may have been killed in the airstrike.

However, the provincial council officials are saying that the airstrike led to the civilian deaths only and around 14 people have been killed and 13 others have been wounded.