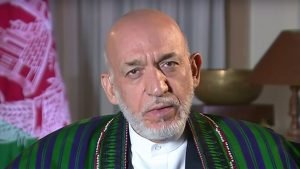 The former Afghan President Hamid Karzai strongly condemned the coordinated attack in Gardez city, the provincial capital of Paktia province, as the death toll has further increased to at least 41 people.

The statement further added that the former president has called the attack and casualties to civilians, a move against the humanity and all principles and values of Islam.

The ministry of interior of Afghanistan in a statement said the attack was carried out by group of at five heavily armed insurgents.

The statement by the ministry of interior further added that the insurgents detonated vehicle-borne improvised explosive devices near the police commandment and police training center.

The ministry confirmed that the police chief of Paktia province Gen. Toryalai was among those killed but did not provide further information regarding the exact number of casualties.

However, the local officials in Paktia are saying that the death toll has climbed to at least 41 people, including security personnel and civilians, while more than 150 others have sustained injuries.