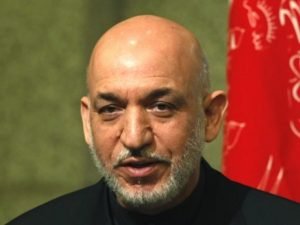 Afghan president Hamid Karzai on Sunday admitted that daily issues of Afghans regarding a proper health system in the country.  It has become common among the Afghans who are saying that the healthcare has been turned into a major business in Afghanistan.

While speaking during conference based on “Promoting Ethics of Medical” president Karzai urged the doctors and owners of private hospitals in Afghanistan to prevent reckless treatment while pointing towards tragic incident which took place in a private hospital.

Karzai said, “A report was published in a TV station regarding an operation of a lady. The doctors did not know how to carry out the operation and the lady patient encountered with bleeding during the operation. The doctors and nurses escaped from the hospital which is not only a bad moral but it is a cruel act.”

He vowed to closely follow the case in order to find out the facts behind the report.

There have been growing complaints regarding the activities of the private hospitals despite Afghan public health ministry has said they have increased monitoring the operations of the hospitals.

Dozens of private hospitals have started operations in capital Kabul and other provinces of Afghanistan however people are continuously complaining regarding the activities, lack of profession of the doctors and high charges.

In the meantime the private hospitals are paying more privilege and wages to the doctors and nurses which have limited the service of the government hospitals.

Afghan lawmaker Naqibullah Fayeq who attended the conference criticized the doctors and said they are concerned more about finding money than caring about the patients.

Mr. Fayeq said, “Some of the doctors are so busy with trading on their patients that they have forgotten about their formal duties in government hospitals. They are coming to hospital at 10:30 am and leaves the hospital 11:00 am.”

Afghan public health minister Suraya Dalil said the morality of the medical care has suffered similar as the other social related fields during the 3 decades of civil war.

She said, “Today the patients are moving from doctors to doctors, hospitals to hospitals and countries to countries in order to find a proficient doctor. Building confidence requires joint work, investment and time.”

Meanwhile there are also reports that Afghan security forces are admitting their patients to hospitals and force the doctors to give priority for them without considering the ordinary people who are waiting in lines to be consulted by doctors.