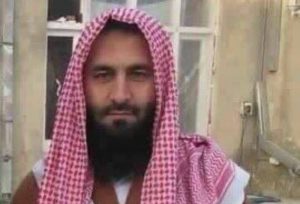 A University teacher in Kabul has been arrested by the security forces for being affiliated with the Islamic State of Iraq and Syria (ISIS) terrorist group.

Sources privy to the development have said the university Mawlavi Maroof was arrested for speaking spreading propaganda in favor of the terror group among the university students.

A spokesman for the Ministry of Higher Education Faisal Amin said Mawlaavi Maroof was a lecturer in Sharia faculty and is currently in custody of the security forces.

He did not provide further information regarding the circumstances surrounding his detention, saying they are only aware that the lecturer has been arrested.

Meanwhile, the students in Kabul University said the lecturer was speaking against the government of Afghanistan and was calling it an un-Islamic system.

The loyalists of the Islamic State are attempting to gain and expand foothold in the country as the Afghan security forces as well as the US forces have stepped up counter-terrorism operations against the terror group in Afghanistan.

This comes as a spokesman for the US-led coalition forces in Afghanistan earlier said the Islamic State of Iraq and Syria (ISIS) terrorist group has the potential to be an ‘enormous’ threat in Afghanistan.

The chief of communications for the coalition, Brigadier General Charles Cleveland, has said the threat exists despite the group has received major setbacks during the recent months, pointing towards the growing US forces airstrikes against the loyalists of the terror group.

The concerns prompted Obama administration to grant more authorities to the US forces in Afghanistan to increase airstrikes against the terror group with reports suggesting the US Air Force has dropped more than 250 bombs and missiles in January and February targeting ISIS loyalists.