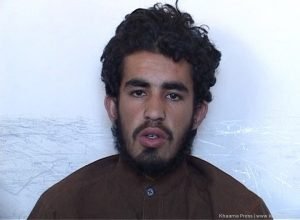 At least two suspects were arrested in connection to an explosion inside a religious school (Madrasa) in capital Kabul.

The statement further added that the two individuals were looking to assassinate Afghan lawmaker Mullah Tarakhel, using the improvised explosive device which went off inside the Madrasa earlier this month.

The detained individual was recognized as Obaiduallha also known as Zubair and is originally a resident of Mohammad Agha district of Logar province, NDS said.

The other suspect was recognized as Samiullah and is a resident of the same area, who was appointed a Taliban group leader to assassinate lawmaker Mullah Tarakhel during an election campaign for Qayum Karzai, which was organized in Mullah Tarakhel Madrasa in Pul-e-Charkhi area of Kabul city, the statement added.

According NDS officials, the IED went off while Mullah Tarakhel was coming out of the Madrasa, which left at least two Madrasa students injured.

The officials also added that the two suspects managed to flee the area following the explosion and were arrested during an operation by intelligence operatives in Logar and Kabul provinces.

Anti-government armed militant groups have not commented regarding the report so far.