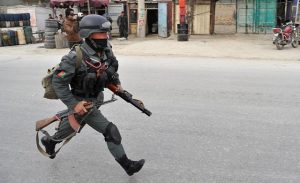 He says the bomb was placed in fruit vehicle.

He has written in his twitter page that only two civilians were wounded in the explosion.

He said that the explosion occurred due to a bomb placed in a corolla vehicle.

The blast took place in Qasaba area of police district 15 in Kabul city around 06:30AM Sunday morning.

Taliban accepting responsibility for the explosion claimed to be an attack on foreign forces.

This explosion occurs after about twenty days.

At the beginning of this month a vehicle of Eupol was targeted by a suicide attacker on Kabul –Jalalabad high way in Kabul which killed a civilian and injured five others.

Eupol in their facebook account confirmed that the passengers of their vehicle were also wounded in the explosion.