Prospects of Employment; Taliban Supreme Leader Issues Order to Round Up Beggars in Kabul

Is Internet Down? Users in Afghan Capital Report Internet Disruption 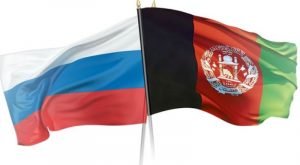 The Afghan and Russian officials are expected to hold talks on host of issues including counter-terrorism and improvement of bilateral ties between Kabul and Moscow.

He said “During his visit from Moscow, he will meet his Russian counterpart Mr. Nikolai Patrushev, Foreign Minister Sergey Lavrov, and Defense Minister Sergei Shoigu.”

“NSA Mohammad Haneef Atmar will hold detailed talks with the above mentioned Russian officials on fight against terrorism, peace and stability in Afghanistan,” he added

According to Ghorzang, the two sides will also discuss bilateral relationship between the two countries.

This comes as Russia is concerned of the growing activities of the militants affiliated with the Islamic State of Iraq and Syria (ISIS) terrorist groups amid reports Moscow is eventually holding talks with the Taliban group in a bid to counter the influence of the terror group to further expand towards the Central Asian States and Russia.

In the meantime, the commander of the US forces in Afghanistan and the NATO-led Resolute Support Mission commander General John Nicholson expressed concerns last month regarding the growing interferences by the regional countries in Afghanistan, including Pakistan, Iran and Russia.

Taliban officials in Kunar province in eastern Afghanistan say that the Pakistani army and the Taliban...

Prospects of Employment; Taliban Supreme Leader Issues Order to Round Up Beggars in Kabul

Is Internet Down? Users in Afghan Capital Report Internet Disruption

Residents of Kabul, the Afghan capital, say that telecommunications services have been interrupted...