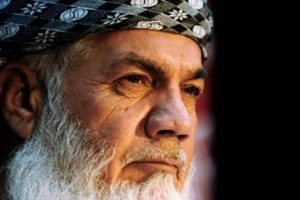 Speaking during a press conference Khan said Noor should continue to his work as the governor of the northern Balkh province.

He endorsed Noor for his harsh remarks against the chief executive of the unity government and said Abdullah has failed to fulfill the demands of Jamiat-e-Islami party.

Khan further added that the recent decision by the government to sideline Noor from the Balkh government leadership was not a wise decision and urged Noor to continue to his work.

This comes as Noor said Saturday that none one can dismiss him as the governor of Balkh province by issuing a decree, insisting that the political party he is representing is one of the main sides which played a key role in the formation of the government of national unity.

He said the presidential elections in 2014 was one of the worst elections the country and was marred massively by fraud by it was the Jamiat-e-Islami which gave a legitimacy to the process.

He said the Jamiat party is the main piller of the unity government and no one can sideline him as an ordinary government employee, emphasizing that he will continue to his work as the governor of the Balkh province in a bid to prevent the spread of the Taliban and ISIS in Balkh.