ISIS militants suffer heavy casualties in US airstrike in Nangarhar 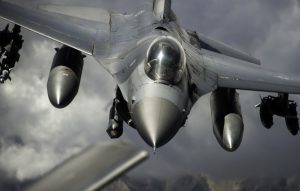 The US Air Force carried out an airstrike on a main compound of the ISIS militants in eastern Nangarhar province of Afghanistan, leaving at least 17 militants dead.

The provincial government media office in a statement said the latest airstrike was carried out in the vicinity of Haska Mina district.

The statement further added that a key hideout of the terror group was targeted in the airstrike by US Air Force fighter jets.

In the meantime, the 201st Silab Corps in the East, said the airstrike was carried out using unmanned aerial vehicles.

According to the provincial government, the hideout of the terror group was targeted late on Wednesday night in the vicinity of Awghaz area.

The provincial government also added that several weapons and munitions belonging to the terror group were also destroyed in the airstrike.

Nangarhar is among the relatively calm provinces in the East but the anti-government armed militants including Taliban and ISIS loyalists are actively operating in some of its districts.

The Afghan and US forces often conduct counter-terrorism operations to eliminate the safe havens of the militants in this province.