ISIS militants suffer casualties in US airstrikes in East of Afghanistan 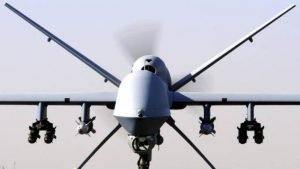 The loyalists of the Islamic State of Iraq and Syria (ISIS) terrorist group suffered casualties in a series of airstrikes carried out by the US forces in eastern Nangarhar province.

The provincial police commandment said the airstrikes were carried out on Monday, targeting the militants in Haska Mina district.

The militants were targeted with the unmanned aerial vehicle in Charzoi and Nari Obo areas.

According to the police commandment, at least two militants were killed and three others were wounded in the airstrikes.

Several weapons, ammunition, and explosives were also destroyed in the airstrikes, the police commandment added.