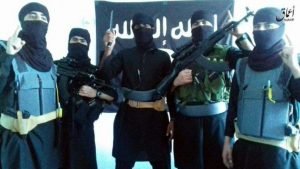 A leader of the Islamic State of Iraq and Syria Khurasan (ISIS-K) Yasir Khurasani was killed with his five comrades during an airstrike in eastern Nangarhar province of Afghanistan.

The 201st Silab Corps of the Afghan Military in the East said the U.S. forces carried out airstrikes using unmanned aerial vehicles targeting the ISIS hideouts in Wazir Tangi area of Khogyani district.

The statement further added that the airstrikes left ISIS leader Yasir Khurasani and his comrades dead and a Dshk heavy machine gun was destroyed.

The anti-government armed militant and terrorist groups including ISIS loyalists have not commented regarding the report so far.