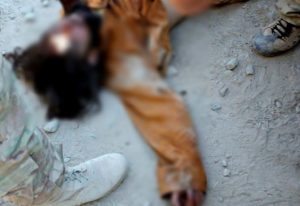 A key ISIS Khurasan group member who was in charge of coordinating in the urban areas and expert in producing Improvised Explosive Devices was killed during an operation of the Afghan armed forces.

According to the local officials, the key ISIS Khurasan group member was killed in Jalalabad city the provincial capital of Nangarhar province.

The officials further added that the Special Forces of the Afghan intelligence, National Directorate of Security (NDS), conducted an operation in Muqam Khan area of Behsud, resulting into the killing of a key ISIS Khurasan group member, who was famous as Muhajir.

According to the officials, Muhajir was killed after resisting the NDS Special Forces during the operation.

Muhajir was involved in the attacks in Jalalabad cricket stadium, customs department, education directorate, and several other attacks in Kabul city, the officials said.

According to the provincial officials, the Afghan forces also confiscated two improvised explosive devices during the operaiton.

The anti-government armed militant and terrorist groups including ISIS Khurasan have not commented regarding the report so far.