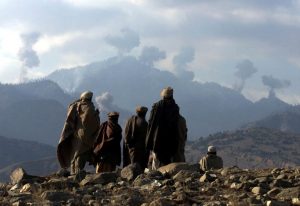 The group’s loyalists informed regarding the capture of the mountainous terrain, a claim which has been rejected by the Afghan officials.

The group has reportedly informed regarding the capture of Tora Bora through its radio station which was repeatedly targeted in the Afghan and US forces operations.

The official further added that the militants of the terror group reached Tora Bora via Khogyani district but rejected the claims by ISIS that the area has fallen to its fighters control.

The provincial governor’s spokesman Ataullah Khogyani also confirmed that the ISIS fighters have managed to get close to Tora Bora area but he said the area has not been fully captured by them.