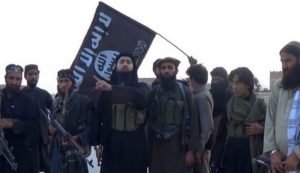 The Global Witness organization has reported that the Islamic State of Iraq and Syria Khurasan (ISIS-K) is extracting Talc from the deposits/mines in eastern Nangarhar province of Afghanistan.

According to a new report by the Global Witness, citing unnamed sources, the group has brought in foreign engineers from Pakistan and Saudi Arabia and installed heavy machinery at the mining sites in Nangarhar province.

The sources have also added that phones are banned and locals are searched and monitored by the groups near the mines.

The report also adds that the majority of talc extracted from Nangarhar mines are smuggled across to Pakistan at the Torkham border where it can eventually be shipped out to other markets.

Nick Donovan, a campaign director at Global Witness, has said “The vast majority of minerals from insurgent-controlled mines in Nangarhar openly goes through government-held territory on the main roads to Pakistan.”

“It is all but certain that individuals and companies in China, Europe and the U.S. are effectively, if inadvertently, funding insurgent groups,” Donovan added.

Qadeer Khan Mutfi, a spokesman for the ministry of mines and petroleum of Afghanistan quoted in the report said the government has shut down at least a hundred illegal mines in the past year.