ISIS (Daesh) Vs Taliban: A Nightmare For Afghanistan 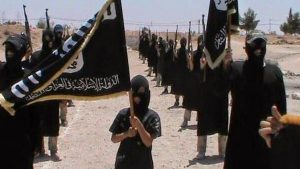 We believe that the Taliban remain the region’s pre-eminent problem, with nearly 20 years of experience in battling Afghan warlords and international troops. But now it seems the Taliban are “not a particularly attractive ideology or military force, and the risk lies in the Taliban looking increasingly out of date and be replaced by more extremist and ferocious option i.e. Islamic State or Daesh. There are reports that the Islamic State terror group is recruiting in Afghanistan and Pakistan. Islamic State insurgency has begun operating on southern Afghanistan, particularly in Helmand less than few months after British combat troops withdrew from the region. Former Taliban commander Mullah Abdul Rauf was actively recruiting fighters for the groups, flying black flags and, according to some sources, even battling Taliban militants. The Taliban have their allegiance to Mullah Omar and a different philosophy and ideology than ISIS, but, potentially, there are people who are disgruntled with the Taliban, they haven’t seen (Taliban Supreme Leader) Mullah Omar in years, or they want to go a different way.

The Taliban have confined their insurgency to Afghanistan, and do not espouse the pan-Islamic model of jihad embraced by the Islamic State. ISIS controls a third of both Syria and Iraq, where it declared a caliphate governed by a harsh interpretation of Islamic law, or Shariah. The Taliban, by contrast, are focused on Afghanistan and Pakistan, and some leaders have responded to past peace overtures. Disenchanted extremists from the Taliban and other groups, impressed by ISIS’s territorial gains and slick online propaganda, have begun raising its black flag. As foreign troops have withdrawn from the country, the Taliban has made new gains in Helmand province, one of their traditional strongholds. But the movement has grown increasingly divided, and its spiritual leader — Mullah Omar hasn’t been seen in public since shortly after the US invasion began in 2001. If the reports about the emergence of the Islamic State are confirmed, the Taliban may now face competition from former members. There are a growing number of splinter groups, and increased reports of infighting, all of which does not bode well for the prospects of a negotiated settlement or for the security of ordinary people. It could be that young Afghans look to the more extreme tactics and the great glitzy publicity of IS. They might find it attractive, or the Taliban might feel the need to compete and therefore become a bit more extreme and start carrying out horrific acts the way you see (ISIS) doing. As a result of this Taliban may act more militantly because of this completion and performance pressure.

The situation creates some complicated dynamics between the Islamist groups. The AP reported that the Taliban has told Afghans in Helmand not to contact Mullah Abdul Rauf chief recruiter for IS or his men. But despite the Taliban call a number of Afghan and Pakistani militants recently announced their devotion to the Islamic State, potentially setting the stage for battles not only between the Islamic State and Afghan troops, but also between the Islamic State and the Taliban. This will escalate the violence in country which will spill over to civil society as well. There are certainly ideological convergences between the two groups, but otherwise there are simply too many factors that constrain the possibility of a partnership, much less a close alliance. First, the Afghan Taliban is chiefly an insurgent group seeking to overthrow the Afghan government. Though it is a brutal extremist organization, it has shown an interest in working from within the existing political system – this is clear from the interest some of its leaders have sometimes expressed in favour of negotiations to end the war. By contrast, “Islamic State” is a savagely violent expansionist organization that aims to establish an Islamic caliphate. This is a very different, more ambitious, and more extreme end goal from that of the Taliban. Second, it is important to keep in mind that the Afghan Taliban has close connections to al Qaeda, the organization that IS split from.

It seems unlikely that the Afghan Taliban would want to join forces with an organization that split from its ally.So bloody clash between Taliban and IS is bound to happen which will further destabilize the region. Islamic State push into the region could bring an infusion of guns and money, sparking brutal competition among local militants disenchanted with Mullah Omar’s silence and eager to prove themselves with escalating atrocities. This will only add to the suffering of the common people as seen in Iraq and Syria. So our Government and policy makers should not only focus their counter insurgency operations against Taliban but they should take this Islamic State threat also more seriously and formulate a clear cut strategy to deal with this menace of IS as well.

(Author is a Doctor and currently practices in Sydney, Australia. She belongs from Kabul Afghanistan can be contacted at: [email protected])