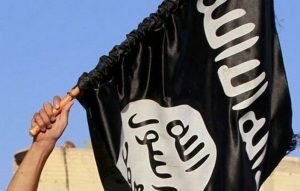 The Islamic State of Iraq and Syria (ISIS) terrorist group has claimed responsibility behind the attack on a Germany train.

Earlier, the police forces discovered a hand-painted flag of the Islamic State of Iraq and Syria (ISIS) terrorist group from the home of an Afghan refugee who attacked a train in Germany.

The 17-year-old Afghan refugee reportedly arrived in Germany last year to apply for asylum and was shot dead after fatally injuring 4 people in the train.

Joachim Herrmann, interior minister of the southern state of Bavaria, said Tuesday “The first emergency call to the police from a witness in the train said that he had shouted ‘Allahu akbar’.”

Herrmann told the public broadcaster ZDF. “In searching the room where he last lived, a hand-drawn I.S. flag was found.”

“This must now all be put together in like a big mosaic,” he said, adding that “to figure out what his motivation was and the extent to which he really belonged in an Islamic movement, or whether he became self-radicalized very recently.”

Herrmann further added that three of the victims sustained serious injuries before the assailant fled from the train and was confronted by police officers in the southern German province of Bavaria.

According to reports, more than 1 million asylum seekers arrived in Germany last year, including at least 14,400 unaccompanied minnors.