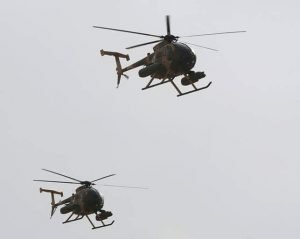 At least nineteen insurgents including militants affiliated with the Islamic State of Iraq and Syria (ISIS) terrorist group’s offshoot, ISIS Khurasan, and foreign militants fighting with the Taliban insurgents were killed in a series of airstrikes in three provinces, the Ministry of Defense (MoD) said Sunday.

At least eight of the insurgents, all ISIS loyalists, were killed in an airstrike in Achin district of Nangarhar province, MoD said, adding that a commander of the terror group was among those killed.

The Ministry of Defense further added that at least six insurgents belonging to the Taliban group were killed, including four foreign insurgents in an airstrike conducted in Zebak district of northeastern Badakhshan province.

A vehicle belonging to the Taliban insurgents was also destroyed in the same airstrike, MoD added.

According to MoD, at least five insurgents were killed in another airstrike conducted in Khanshin district of Helmand province and one of their vehicles was also destroyed.

The anti-government armed militant groups including the Taliban and ISIS militants have not commented regarding the report so far.

The Afghan forces have stepped up counter-terrorism operations to suppress the terrorist groups as they are trying to increase insurgency as part of their spring offensives.