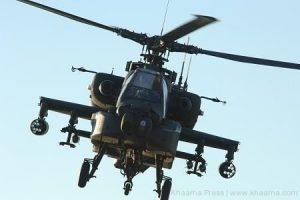 According to officials, 6 Taliban militants were killed in a twin air-attack by ISAF choppers on Sunday morning in Zurmat district of Paktiya.

A press release by Afghan National Army press office in Gardez says two groups of Taliban militants who were involved in destructive operations came under ISAF air attacks where 6 militants were killed.

The statement added that these militants were also suspected to be members of  Haqqani Network.

The source has also revealed that the joint security forces have taken 1 vehicle and have damaged a motorcycle and a pick-up vehicle owned by the militants.

Taliban have not yet commented about this loss.