Iran: US troops presence in Afghanistan threat to Regional stability 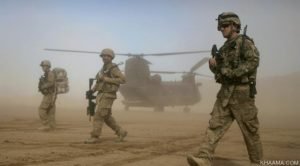 The government of Iran has once again opposed with the conclusion of the Bilateral Security Agreement between Kabul and Washington, claiming that the presence of American troops and military bases in Afghanistan would threaten the stability of the region.

The remarks by Iran comes the Lower House and Upper House of the parliament of Afghanistan ratified both the security agreements with US and NATO by majority during the recent weeks.

President Mohammad Ashraf Ghani also ratified the security agreements with US and NATO on Sunday night.

However, Iran’s Foreign Ministry has voiced serious doubt about the efficiency of the agreements.

Foreign Ministry Spokeswoman Marziyeh Afkham has said “Given the negative record of performance of the US forces, we are pessimistic about the continued presence of those forces in the region, including Afghanistan, and believe that continuation of presence of US forces in Afghanistan will not contribute to the process of establishment of stability and security in that country.”

“The Islamic Republic of Iran believes that the aid provided from the regional and trans-regional countries for Afghanistan, within the framework of the international commitments to reconstruct Afghanistan and ensure stability and security in that country, should not serve the interests of a certain country or countries or be conditional to establishment of military bases in that country,” Afkham quoted by the Tasnim state news agency said.

She also added that “Iran… considers the establishment of military bases and forces of the US and NATO in the region as a threat to the region’s stability.”