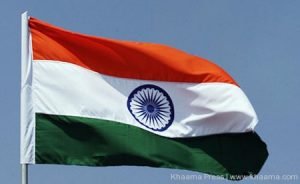 According to reports, New Delhi has reached to an agreement with Russia to finance the supply of Russian arms to Afghan national security forces.

The deal was reportedly firmed up during a meeting between the Indian and Russian officials in February and the first order of the equipments is already being executed.

The Indian financing will largely focus on artillery guns, air support in the form of choppers and even armoured vehicles, including tanks, according to a report by Indian Express.

The list of equipments could also include non-lethal items and some old Russian-made equipment lying in Afghanistan could also be refitted under the arrangement.

India is also considering to provide more seats for the training of Afghan army officers in India.

As part of its efforts to aid Afghanistan’s economy, India has held preliminary conversations with China on jointly improving the connectivity infrastructure in Afghanistan’s mining belt so that the resources can be better exploited.