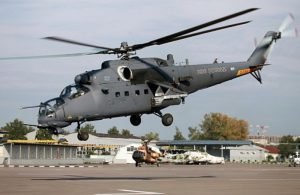 India has pledged full support to strengthen the defense capabilities of Afghanistan in a bid to help the country preserve its unity and territorial integrity.

Syed Akbaruddin, India’s Permanent Representative to the United Nations, has said “The Security Council needs to look into the deteriorating security situation and the means to contain it as it could pose serious threats to the gains made by the people of Afghanistan in the last 15 years.”

“Afghanistan has our full support for strengthening its defense capabilities to preserve its unity and territorial integrity, as it is the most important antidote to the worsening security situation in the country,” he was quoted as saying by local media.

Akbaruddin further added “The Taliban are continuing attacks at an unprecedented rate since the beginning of the year and there is continued violence by other armed groups. As per the Secretary General’s Report armed clashes have increased this year compared to the same period in 2015. This situation has put renewed focus on the need for enhanced engagement and action by the international community.”

India has played a key role in the reconstruction of Afghanistan since the fall of the Taliban regime in 2001 and has invested over $2 billion in key infrastructure and rehabilitation projects in the country.

The country also stepped up efforts recently to boost the capabilities of the Afghan forces besides providing education opportunities for the Afghan students including the Afghan army cadets.