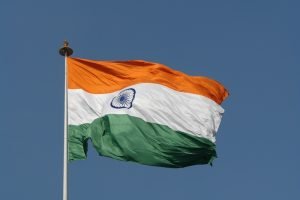 The government of India has pledged a fresh aid to $25 million to Afghanistan which would be utilized to fund micro development projects in the country.

Ten Memorandums of Understanding were signed in the presence of Chief Executive Officer Abdullah Abdullah, Indian Ambassador to Afghanistan Manpreet Vohra and some Afghan ministers.

CEO Abdullah said the government of India pledged support to the micro development projects after consultations with the representatives of the relevant provinces and thorough assessments of the needs of the people.

He said the implementation of the projects will have a positive impact on the living conditions of the people.

In his turn, Indian Ambassador Manpreet Vohra said the government of India is committed to long term support and will continue supporting Afghanistan in various sectors.

He said the 87 projects to be implemented are part of the commitments made by India to the people of Afghanistan and the projects will have a vital impact on the lives of the people.

The Minister of Economy Abdul Satar Muradzai said the projects include construction of schools, bridge and culverts which are very much important to resolve the issues of the people.

Muradzai said he will work with the other government institutions to properly implement the projects and achieve a positive result from the utilization of the funds.

CEO Abdullah hailed the assistance of India to Afghanistan and said the government of India has based its aids on the needs and priorities of the Afghan people.