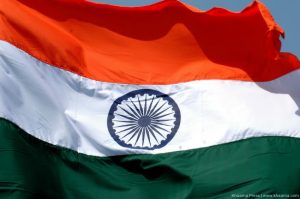 The government of India has pledged $199 million in fresh aid to Afghanistan, which will be spent within the next four years to fund several small projects across the country.

Indian ambassador to Afghanistan, Amar Sinha signed the agreement and said that the government of India remains committed towards the reconstruction of Afhganistan.

Mr. Sinha further added that the government of India will fund projects which are fundamental to boost the economy and development of the Afghan people across the country. “After providing $20 million funds, we are again pledging $100 million in fresh aid, but the funds will be spent on small development projects which will boost the principles of social economy, since India wants a solid and strong Afghanistan.”

Abdul Hadi Arghandiwal, the economy minister of Afghanistan said the aid by the government of India was vital and beneficial which had direct impact to improve the living standards of the Afghan people.

He said India provided $20 million funds to the government of Afghanistan in 2005.

The announcement of fresh aid by India to Afghanistan comes shortly after a group of militants attacked the Indian consulate in eastern Jalalabad city of Afghanistan, however Indian and Afghan officials announced that such attacks will not have any impact on the relations of the two nations.