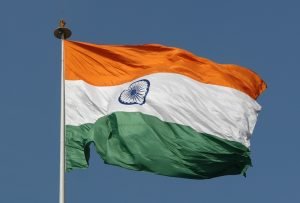 The government of India has pledged $1 million for the annual routine routine maintenance of Habibia High School in Kabul.

The funds will be spent utilized for replacement of electricity transformers and related works, immediate civil repairs, modernization programme and annual routine maintenance.

“In pursuance of India’s long-standing support to Habibia School in Kabul, Government of India (GoI) has decided to grant financial assistance of US$ 1,000,000 to Habibia High School over a period of 10 years,” a statement by the Embassy of India in Kabul said.

A Memorandum of Understand was signed on 18 May 2016 between Embassy of India, Kabul, Ministry of Education, Government of Afghanistan, and Habibia High School, to administer the assistance efficiently and in a transparent manner, the statement added.

“Under this assistance, electrical works including replacement of two transformers have already commenced and civil works are expected to commence soon,” the statement said, adding that these initial works of immediate nature will cost approximately US$ 150,000.

The statement also added “During the subsequent 09 (nine) years, an amount of US$ 60,000 would be released each year to Habibia High School for annual routine maintenance. The balance amount of US$ 310,000 will be utilised for modernization programme, teachers’ training, upgradation School labs and equipment.”

Habibia High School, one of the largest and most reputed schools in Afghanistan, was established in 1904 by King Habibullah. An Indian, Dr. Abdul Ghani, was the school’s first Principal. Many prominent Afghan personalities have graduated from the school including President H.E., Dr. Ashraf Ghani and former President H.E. Mr. Hamid Karzai.

The School was renovated with the assistance of Government of India during December 2003 – March 2006. The renovated school building was inaugurated jointly by H.E. Mr. Hamid Karzai, President of the Islamic Republic of Afghanistan and H.E. Dr. PM Manmohan Singh, Prime Minister of India on August 28, 2005. Since then, India has been assisting Habibia School by way of repair and maintenance, upgradation of labs, training of teachers, etc.