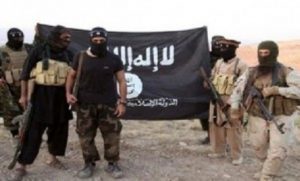 India has arrested three people who were on their way to join the terrorist group of the Islamic State (IS) or Daesh in Afghanistan.

A report published on Saturday by The India Times states that the three aspiring jihadists from Hyderabad, all final year students, were nabbed on their way to join Islamic state (IS) terrorist group in Afghanistan in an early-dawn operation jointly conducted by the Telangana police and Maharashtra Anti-terrorist squad (ATS) at Dr Babasaheb Ambedkar international airport in Nagpur.

According to the report, the suspects who are in their 20s, were supposed to board an Indigo flight to Srinagar from Nagpur airport after arriving here from Hyderabad a day before by road. Out of three, two were intercepted earlier also on their way to Afghanistan by the intelligence agencies.

It further states that missing complaints were lodged at different police stations in Telangana state by the respective families after the students left home on Thursday. Telangana police had informed Maharashtra ATS after it came to fore that the men were heading to Nagpur to take a flight for Srinagar.

Superintendent of police, ATS, Sunil Kolhe said that the operation was meticulously planned with the Telangana counterparts. “Maharashtra police handed over the men to Telangana special cell officers after nabbing them. Telangana police would conduct further interrogations,” said Kolhe.

The three men have been identified as Abdul Wasim, Umar Hasan Farooqui and Majh Hasan Farooque, and they would be produced before Hyderabad court later on Saturday. The police is likely to seek their remand for custodial interrogations to unearth the links.