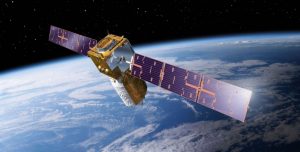 The Indian Prime Minister Narendra Modi has given his ex-post facto approval to the MoU between India and Afghanistan on cooperation in the peaceful uses of outer space during the Union Cabinet meeting, it has been reported.

According to the local media reports, the MoU envisages cooperation between the two countries for application of space technologies in education, agriculture, weather forecasting, telecommunications, rural health, sanitation, urban development, resource mapping navigation, remote sensing and any other areas mutually agreed upon.
The benefits of the MoU according to local media are development of space sector in Afghanistan and making it self-reliant in space sector Burnish India’s credentials as a nation with advanced space technology which can assist other countries.

Deepen bilateral ties and mutual understanding and trust between both countries, according to MoU.
It also added that India will be provided foothold in Afghanistan’s strategic space and communication sector and to boost high-tech jobs in both countries in both core Science & Technology and R&D fields, and also the field of implementation.

India has remained one of the key donors for the reconstruction of Afghanistan following the fall of the Taliban regime in 2001.