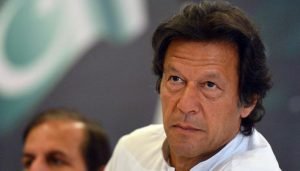 A prominent Pakistani politician has claimed that many undocumented Afghan refugees are behind the incidents of kidnappings for ransom and terrorism in the country, particularly in Peshawar city.

The Chairman of Pakistan Tehrik-e-Insaf has also claimed that the hostility within the host population has increased as a result of the incidents involving the undocumented Afghan refugees.

“The problem is that the locals complain about the crime, which is coming in from the refugee camps. Most of the people who are picked up, who are kidnapped for ransom in Peshawar, the calls for ransom come from Afghanistan. The people are picked up, taken to Afghanistan and the [phone] calls come from there,” he was quoted as saying in a report by Voice of America.

Khan further added “What we need is the help from seniors of the Afghan refugees who then cooperate with the police, which is what I have been trying to do, so that these criminals are isolated from the bulk of refugees.”

He also added that meetings have been organized with the Afghan Ambassador to Pakistan and other authorities in the country to look into the reports of the harassment of the refugees by police.

The United Nations refugee chief urged Pakistanis last month not to blame Afghan refugees for terrorism in their country, amid growing public calls for their deportation and worsening relations between the two neighbours.

Warning that the roughly 2.5 million Afghan refugees in Pakistan risked becoming a “forgotten” crisis, UN High Commissioner for Refugees Filippo Grandi called on the international community to invest more funds to help them.

“My appeal is that, not only to the authorities but also to the local population: refugees as you know are not terrorists,” Grandi said during a visit to a repatriation centre outside the northwestern Pakistan city of Peshawar.