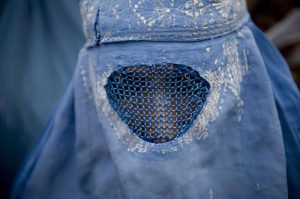 The 23-year-old Khatera is the guardian of two small children whom she gave birth to after she was made pregnant by her rapist father.

The first child is a 4-year-old girl while the second child was recently born and is only 3-month-old.

Khatera’s father was due to face a court hearing in the preliminary court of Kabul on Saturday but it was delayed due to unknown reasons.

In an interview with the Radio Free Europe/Radio Liberty (RFE/RL) Khatera urged the authorities to try her father for repeatedly raping her during the past several years.

Khatera further added that her father was a cruel person who repeatedly raped her since she was only 12-year-old and she informed her relatives and people but no one paid attention to her plea.

The Afghanistan Independent Human Rights Commission strongly condemned the brutal rape of the young woman and called on the relevant authorities to immediately take actions against the perpetrator.

This comes as the sexual abuse and rape of children have been rampant in Afghanistan, specifically in northern parts of the country during the recent months.

According to a government survey, around 65 rape case were recorded in six provinces last year where child rape happens more frequently.

The survey covered incidents recorded between March and September last year where incidents on children as young as 1-year-old to 13-year-old were reported raped.