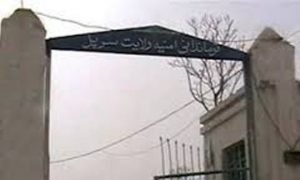 According to reports, Taliban launched attack on the center of Kohistanat District from four sides last night.

Noor Mohammad Rahmani, head of the Provincial Council of Sar-e-Pul said that heavy clashes have been erupting between security forces and Taliban.

He said routes leading to the district center have been closed, adding that soldiers surrounded by Taliban would be killed if air support does not immediately arrive there.

Rahmani said that he had a video conference with President Mohammad Ashraf Ghani this morning and let him know about the situation.

Meanwhile, Asadullah Khuram another member of this Shura says that more than 200 soldiers have been surrounded by Taliban.

He said around 600 Taliban are taking part in the attack.

Kohistanat District had recently fallen to Taliban but it was recaptured by security forces.