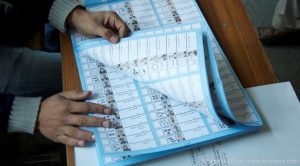 The provincial council elections was organized together with the first round of presidential election earlier in April this year.

In the meantime, Nuristani said 457 candidates have been elected for the provincial council and the results will be released in IEC website within the next two hours.