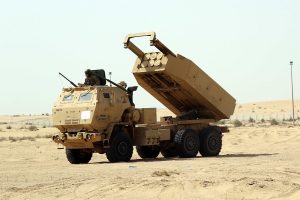 The US Military officials claim that the latest rocket artillery strike in southern Helmand province has left at least 50 senior Taliban leaders dead.

Lt. Col. Martin O’Donnell, a spokesman for the U.S.-led coalition in Afghanistan, quoted by Military Times said a weapon system known as the High Mobility Artillery Rocket System, or HIMARS, which is capable of firing GPS-guided rockets, destroyed a command-and-control position that was a known meeting place for high-level Taliban leaders.

He also added that because of the large number of leaders killed and their involvement in a range of attack planning, the impact of the HIMARS strike “will be felt beyond Helmand province.”

“Task Force-Southwest, under U.S. Forces-Afghanistan authorities, confirmed a ground-based rocket artillery strike using the M142 High Mobility Artillery Rocket System, or HIMARS, against a command and control node for high-level Taliban leaders in Musa Qala district, May 24,” the US Forces in Afghanistan said in a statement last week.

The statement further added that the structure was a known meeting location for prominent Taliban leaders, where they planned and facilitated attacks against Afghan National Defense and Security Forces, who are supporting election security in the area.