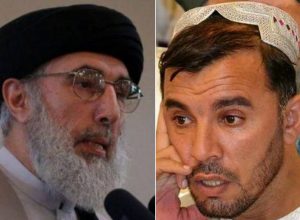 The provincial police chief of southern Kandahar province General Abdul Raziq has claimed that the former prisoners of Hezb-e-Islami led by Gulbuddin Hekmatyar are currently fighting in the ranks of the Taliban group.

In an interview with the local new outlet, Sarkhat, Gen. Raziq has claimed that credible information and evidence are available in this regard.

Gen. Raziq further added that the recent suicide attack in Kandahar province that left at least 11 young students dead was carried out by a former prisoner of Hezb-e-Islami.

According to Gen. Raziq, the Afghan security forces have also arrested some Taliban fighters in Kandahar province and it has been revealed during the interrogation that the detained militants were the former prisoners of the party.

The Hezb-e-Islami led by Gulbuddin Hekmatyar has not formally commented regarding Gen. Raziq’s clais so far.

This is not the first time reports emerge regarding the return of prisoners to the battlefield after they are released from the prisons.

Scores of Hezb-e-Islami prisoners were released from the jails few months earlier after a peace accord was signed between the government and Hezb-e-Islami.