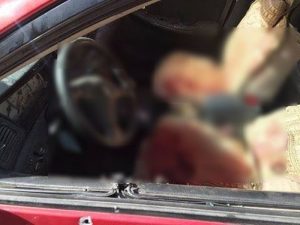 Provincial governor’s spokesman Jilani Farhad confirmed that Mr. Rahin was travelling in his personal car without any security guard when he was shot dead by gunmen riding a vehicle.

He said the son of Mr. Rahin who is around 10-year-old was also wounded in the attack but there are no reports regarding his health condition.

A team has been assigned to investigate regarding the attack on Mr. Rahin as no group has far claimed responsibility behind the incident.

Provincial police chief General Abdul Majeed Rozi confirmed that the assailants have managed to flee the area following the attack.

Gen. Rozi further added that the security personnel in charge of security for the area of the incident have been detained and will be kept in the custody until the investigations are over.

According to reports, Mr. Rahin was serving as chief prosecutor of Herat province since one year and has previously served in the Independent Human Rights Commission of Afghanistan in Herat as well as other non-governmental organizations.