Hekmatyar’s party to support ISIS in fight against Taliban 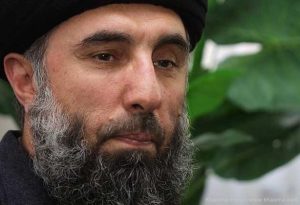 Hezb-e-Islami party led by Gulbuddin Hekmatyar announced support to the Islamic State of Iraq and Syria (ISIS) terrorist group affiliates in fight against the Taliban militants.

A statement was released by Hezb-e-Islami and urged the group’s followers to support the ISIS affiliates in the event tensions further escalated between the Taliban militants and affiliates of the ISIS group who were former members of the Taliban group.

The statement also added that the Hezb-e-Islami has an intense enmity with the Taliban group and communists along with Shura-e-Nizar.

No further elaboration was given regarding the communists, however Hezb-e-Islami’s remarks regarding Shura-e-Nizar were apparently a gesture towards the leaders of Jamiat Islami party.

Hezb-e-Islami is leading an anti-government militant group in Afghanistan and has been blacklisted by US Department of State.

The statement by Hezb-e-Islami comes as the Taliban group sent a letter to ISIS leader last month urging the rival jihadist group to stop recruiting in Afghanistan.

Taliban insisted that there is room for only “one flag, one leadership” in their fight to re-establish strict Islamist rule.

The letter was sent following heavy clashes between the Taliban militants and ISIS affiliates in eastern parts of the country, specifically in Nangarhar province.