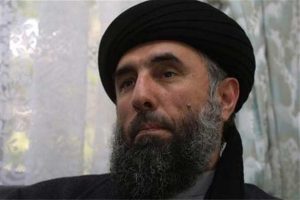 The leader of Hezb-e-Islami party Gulbuddin Hekmatyar has said peace deal between his group and the Afghan government is effectively dead days after issuing impossible-to-meet demands.

In an article published in Daily Shahadat magazine belonging to the group, Hekmatyar has said the Afghan government must be dissolved, claiming that the majority does not accept it.

Earlier, an official of the group said Hekmatyar has issued new demands for the peace deal, including cancellation of pacts with the United State and a timetable for the withdrawal of foreign troops.

The official further addded that the demands were made in a letter to President Mohammad Ashraf Ghani.

This comes as Hekmatyar said he had changed his conditions for peace process with the Afghan government by stepping back from his demands for the complete withdrawal of foreign forces.

Hekmatyar was originally demanding the complete withdrawal of the foreign forces from Afghanistan before officials talks begun between his party and the Afghan government.

In the meantime, the Afghan government has signed the draft peace agreement with Hezb-e-Islami in mid-May amid hopes that the agreement would be signed by Hekmatyar in the near future.

Deputy Chief Executive Mohammad Khan said last month that the party has agreed to have no links with the anti-government armed militant groups, insisting that Hekmatyar’s only demand is to remove his name from the international blacklist.