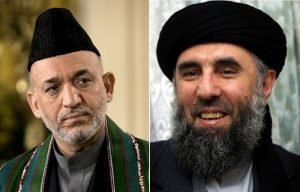 The leader of Hezb-e-Islami Gulbuddin Hekmatyar opposed the bid for convening a Loya Jirga, grand assembly of the elders, as he insisted that the elections should be organized on time.

Speaking during a press conference in southeastern Khost province, Hekmatyar said he and his party opposes with the calls to convene a Loya Jirga.

He said those who are supporting and calling for the Loya Jirga should instead participate in the elections, emphasizing that the elections are the only way to help resolve the issues of the country.

This comes as the former Afghan President Hamid Karzai has long been insisting that the group should convene a Loya Jirga to discuss and resolve the national issues.

In an interview with Germany’s Deutsche Welle Karzai said the biggest priority for Afghanistan is for the Afghan people to put their heads together and to study as to what has gone wrong in this country.

Karzai further added “For that I believe a Loya Jirga, the traditional council of the Afghan people, is the best forum. Where people from across the country, where all the people of Afghanistan from all the provinces and from all the groups of Afghanistan get together, young, old, educated, community leaders, religious leaders, spiritual leaders, women, men. They must decide on what we must do to bring safety and a better life to the Afghan people. I believe that’s the way forward.”