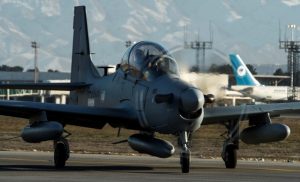 A member of the Haqqani terrorist network as killed in an airstrike conducted by the Afghan Air Force (AAF) in southern Zabul province of Afghanistan.

Dawlat Waziri, spokesman for the Ministry of Defense, said the Haqqani network member was identified as Nooruddin who was killed in airstrike on Wednesday.

He said the airstrike was carried in the vicinity of Shahr-e-Safa city of Zabul province.

It is considered the most lethal insurgent group targeting the NATO-led coalition security forces and Afghan personnel in Afghanistan.