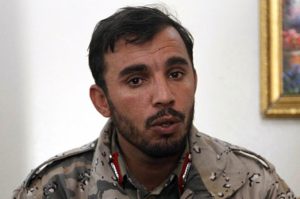 The provincial police chief of the southern Kandahar province General Abdul Raziq has said notorious Haqqani terrorist network with the support of Pakistan’s Inter Services Intelligence (ISI) were behind the deadly attack on governor’s compound.

Speaking during a press conference, Gen. Raziq said the Haqqani network and ISI were working since a long period of time to target the provincial leadership.

Without elaborating further, Gen. Raziq said they had received reports regarding a possible attack on government compounds.

The Taliban militants group denied involvement in the attack and blamed the officials for having internal disputes and accused them of plotting and carrying out the explosion.

The provincial governor along with several other high level government officials were killed in the explosion.

Five UAE diplomats were also killed in the attack and the country’s ambassador to Afghanistan was wounded.

In the meantime, President Mohammad Ashraf Ghani has instructed the relevant institutions to thorough investigate the incident.