22 killed in attack on Malian hotel 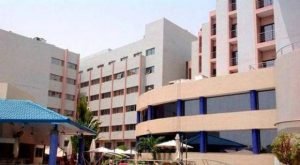 22 people have been killed in attack on a hotel in Mali’s capital Bamako.

2 gunmen stormed Radisson Blu luxury hotel on Friday morning taking 170 hostages including 30 staff members and 140 guests, in which there were American and French citizens.

Soon after the attack, the U.S. and French embassies in Bamako issued warning to their citizens to take shelter wherever they are.

Security forces were able to kill both attackers but at least 22 hostages were killed during the nine hours of siege.

A local journalist said that the attackers had hostages to recite the Shahada to separate Muslims from non-Muslims.

Some hostages who could recite the Shahada were granted permission to leave the hotel during the siege.

Kamissoko Lassine, the chief pastry chef of the hotel who slip out through a back door said there were two gunmen who arrived at the hotel in the morning.

“They were driving a vehicle with diplomatic plates,” he said, adding that the guardians just lifted the barrier.”

“They opened fire and wounded the guard at the front,” Lassine said.“They took the hotel hostage and moved people into a big hall.”

No group has immediately claimed responsibility for the attack but Islamic States supporters have celebrated the attack in social media.

The Satanic Verses author Salman Rushdie, 75, was attacked on stage in New York, on Friday and is...