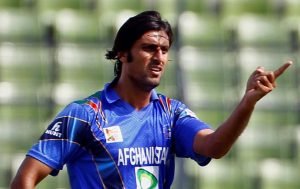 According to reports, the incident took place late on Saturday night in the vicinity of Bagrami area of Kabul.

Reports indicate Zadran has managed to escape the attack unhurt after receiving several bullets in his vehicle.

Zadran was reportedly going towards his house together with his brother when they came under attack by unknown gunmen who have managed to flee the area.

Sources close to Zadran area saying that this is not the first time unknown gunmen have carried out failed attack on him.

No group or individual has so far claimed responsibility behind the incident.

The Afghanistan cricket board has not reacted towards the report and attack on Zadran so far.